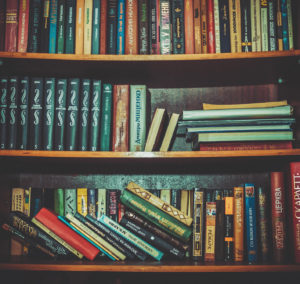 Today I’m going to try and answer the question that I heard hundreds of times during the five years I worked in London… “What exactly is a literary scout?”.

It’s a valid question – particularly as, in the interests of honesty, I should confess that I hadn’t heard of literary scouts either before I became one. I spent many hours trying to explain what it was I actually did for a living to my parents, friends and any other people who politely asked. Though many of those conversations still ended up with those people asking, in a confused voice, “So do you work for Penguin or…?”

Short answer: No. I didn’t work for Penguin. Or Random House, or Pan Macmillan, or Little Brown. But I worked with all of these companies.

See, every year there are thousands of books published in the UK. Books of all genres, of varying quality. And each one of these books has the potential to be translated into many different languages. Take, for example, the Harry Potter series. Those books were originally published in English, but are now available in nearly every language throughout the world. Just like in the UK, international publishers enter into an auction to buy the rights to publish a book in their country. And that is where literary scouts enter the picture.

Essentially, scouts are the eyes and ears for their clients – the people on the ground. They’re the spies of the publishing world. They know every person, hear every whisper and hopefully, read every book.

And when a scout hears about a book it becomes a race against time to get their hands on it. Because, of course, you’re not the only scout who knows about the book – all the other scouts in London (and abroad) are trying to get their hands on that title too so that their clients can be in the most informed position to offer for the book or pass on it. The clock is ticking so scouts frequently turn to their their network, calling in favours, talking to those contacts who may have the manuscript, cajoling agents and rights people to send them a copy they may be unwilling to send for any number of reasons. It’s pressurised and challenging – but it’s also so much fun.

That’s what I did for four years – and it’s standing me in good stead in my move into agenting. It means I can spot a potential bestseller, I have the contacts to put a manuscript in the right person’s hands and if I’m awake, there’s an 80% chance I’m reading.

So I hope this post has given you a bit more of an idea about what a literary scout actually does, but if nothing else at least I can now direct my friends and family to this blog next time they ask exactly what it was I used to do…