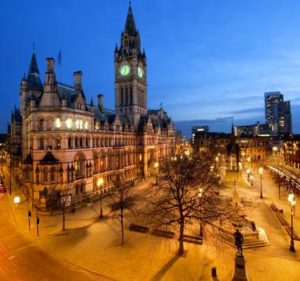 I’ve never really written a blog before so I’m not exactly sure how to start this. I suppose I should tell you a little bit about myself and what I’m doing here as a literary agent.

I’m from Mayo in Ireland originally. In 2010 I moved to the beautiful city of Bath and began studying for an MA at the University of Bristol. Then my love of books led me to London, where I worked at the heart of the publishing industry for five years. Early in 2017 I relocated to Manchester and – after taking some time to acclimatise to the wetter climate and far cheaper rent – noticed that though Manchester is brimming with wonderful authors, literary events and amazing publishing houses, there are no literary agencies based up here. So, here I am.

London is the centre of the publishing world. It always has been, but I’m hoping that this might not always be the case. Last year, Stefan Tobler, founder of And Other Stories, wrote this piece for the Guardian in which he argued that by moving north, publishing houses could diversify what they publish, by employing a wider variety of people. And Other Stories are working along with several other publishing houses who have joined together to created the Northern Fiction Alliance, to showcase their authors’ work. A northern publishing industry is coming, they say. I’m crossing my fingers that they are right, and throwing my own hat in the ring. Having a publishing industry based in one of the most expensive cities in the world, an industry that is based on its workers being able to afford to undertake months of unpaid internships before they are able to to find full-time work, an industry where the starting salary (after your unpaid internships) is around £18,000 a year, means that you have an industry populated mainly by middle-class people. White, middle-class women, to be more exact.

Full disclosure: I was in the very privileged position of being able to undertake four unpaid internships, adding up to nearly six months living in London without a salary, due in part to a small amount of savings I had, but mostly thanks to the generosity of my parents. I know, I know, such a cliché. I’ve benefited from this system and I feel so lucky to have had the opportunities I’ve had. I’m not currently in the position to change how people join the publishing industry, but what I can do is diversify the geographical spread of authors that have access to the very best publishing houses.

Of course, many writers based outside of London get publishing deals every day and will continue to do so. However, a lot of publishing deals come about as a result of who you know and whether or not you have enough money to take part in one of the London-based creative courses from where many debut authors spring, their novels already heavily edited by the time they leave the course with fifteen agents fighting over it. But what about those who can’t afford either the time or the money that it takes to get involved in these courses? What if you are working a full-time time job, have a family to take care of and have managed to write a wonderful book in your spare time? What if you can’t get to London to see your literary agent?

That’s where I come in. I’m not only looking for northern based writers (being from the west of Ireland originally, I have a sneaking affection for Irish writers) but I am looking for authors who may, for whatever reason, not be able to, or not want to, work with a London-based literary agent. I’m experienced and connected in the publishing industry, but new to the world of literary agenting, so I’m hungry for excellent writers.

So there we have it.  If this sounds like a journey you’d like to join me on then please do take a look at my submissions process, or send me an email at sinead@sineadheneghan.com.